But when one night leads to babies on the way, is a forever family far behind?

Animal rescue director Rebekah Taylor isn’t a pet person—or the family type. But now she’s pregnant and a newbie parent to an adventure-loving stray dog nobody can catch. Kind of like Grant Whitaker, the fancy-free tech consultant who’s not your typical daddy-to-be. Except this dude’s sticking around. Can Grant persuade Rebekah to trust in him and the future they’ve started creating together? 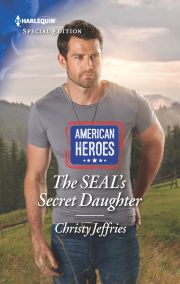 A DADDY ON A MISSION

In this new installment of American Heroes…

When ex-SEAL Ethan Renault settles in Sugar Falls, Idaho, the last thing he expects to find on his doorstep…is his daughter. The soldier turned insta-dad is desperate for help—and librarian Monica Alvarez is just the woman to help him connect with his little girl. But when sparks fly between them, the soldier realizes his next mission might just be to turn their no-strings romance into a forever family! 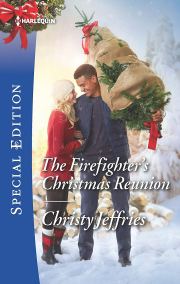 CAN A CHANCE REUNION SPARK A YULETIDE PROPOSAL?

Anything can happen in Sugar Falls!

Home for the holidays with her adopted son from Ghana, Hannah Gregson runs straight into her former flame—fire chief Isaac Jones. Though the pair are determined to keep their distance, the local matchmakers throw them together at every holiday event, and Hannah’s son worships the brave ex-soldier. If Isaac isn’t careful, he just may go from hero to family man by Christmas!

ALL SHE WANTS FOR CHRISTMAS IS A COWBOY!

A few weeks ago, local wedding planner Caroline Ruth took a tumble off a ladder, and when she came to, she believed Thunder Canyon cowboy Craig Clifton was her boyfriend. Trouble was, they’d never met before. What was an upstanding rancher to do? Now, until Caroline’s memory returns, Craig is acting as reluctant faux fiancé. But with Christmas around the corner, dear readers, we’re hoping for a real-life happy ending for this unexpected couple! 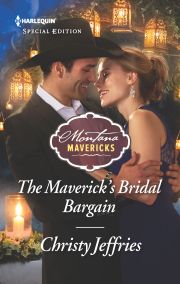 WHOSE WEDDING IS IT ANYWAY?

Why is Cole Dalton planning a wedding? No one even knew the ex-marine and rugged rancher was dating, and suddenly he has hired wedding planner Vivienne Shuster to coordinate his nuptials. Why has no one met his mystery bride? We here at the Gazette believe this engagement is fake. The sparks between Cole and his “wedding planner,” however, are strictly legit. Hang on to your invites, dear readers—someone may still be walking down the aisle! 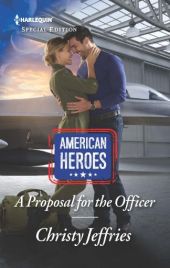 SHE WAS USED TO FLYING SOLO…

BUT THAT WAS BEFORE KALEB CAME ON BOARD!

Temporarily grounded combat pilot Molly Markham didn’t come to Sugar Falls to get serious about a man she barely knows! But when Kaleb Chatterson becomes her unexpected hero, she agrees to date the billionaire software developer to keep their secret from getting out. Except the sexy brainiac—and her pretend boyfriend—is fast turning into the man of her dreams…

LOVE IN THE GREAT OUTDOORS

With two little girls and a demanding job, Charlotte Folsom’s plate is already full when she arrives in Sugar Falls. Hiking, fishing, rafting? Absolutely not her thing. But Chef Charlotte is on special assignment for her magazine, so she decides to make the best of it. Her river guide, Alex Russell, is rugged and hunky, and the camera loves him. For her, the jury is still out.

Alex has seen enough city sophisticates come to Idaho for his adventure vacations to know that Charlotte is not the woman for him. When a sudden storm leaves them stranded in the mountains, however, unexpected passion flares among the pines. The Mountain Man and the Magazine Mom? Unthinkable! Or just maybe inevitable…

Neurosurgeon Julia Fitzgerald graduated high school at fourteen, whizzed through med school and even became a successful navy captain. Alas, when the subject is romance, she’s a dunce. No amount of textbook learning can help her find a date or understand what men really want.

When handsome-as-heck contractor Kane Chatterson begins renovating Julia’s house, she finds him…distracting. Is it his strong, tanned forearms? His quiet, confident manner? Mr. Sexy Flannel Shirt doesn’t have any of the qualities Julia believes she needs in a man. But when he offers to help her find the perfect date, she reluctantly agrees. And as Julia gets schooled in the fine art of love, she realizes that Kane might be exactly what the doctor ordered…

Parenting is hard enough when Dad has to be a mom, but widower Luke Gregson has twins—boy twins, Aiden and Caden. As a navy SEAL, Luke saw plenty of action, but nothing could prepare him for trying to raise two eight-year-olds alone. Parenthood is not for sissies. Maybe that’s why the boys have set their eyes on a certain new candidate for Mommy…

Officer Carmen Delgado seems tough enough to handle anything—including Aiden and Caden! She adores the rascals. Her feelings for their heroic father, however, are complicated, and her tragic past has her heart on a seemingly permanent lockdown. Could two mischievous, persistent boys and their overwhelmed, sexy daddy be the ones to finally set Carmen free?

THE NIGHT THEY MADE A BABY

Mia Palinski had never even considered herself the kind of girl to have a one-night stand. Yet there she was, in a big-city hotel room, wrapped in the arms of a handsome stranger she simply couldn’t resist. Now she’s pregnant, and she has no idea how to contact the father—until he shows up in her hometown of Sugar Falls.

The man she knew only as “GP” is Dr. Garrett (Patrick) McCormick. The ski town’s newest orthopedist has literally just opened his practice when Mia walks through his door. And although he is surprised at her announcement, he’s ready to jump right into fatherhood. Mia, on the other hand, is wary. Doctor Daddy seems wonderful, but can she trust Garrett with her heart when he won’t reveal his own?

Forget about her reputation. Kylie Chatterson is most definitely not that kind of girl. She’s a conscientious CPA who has never even been with a man…that way. But when she wakes up in a Nevada hotel room after her friend’s bachelorette party, the best man is in her bed…and he’s wearing a wedding ring. And guess what: so is she!

For better or worse, Drew Gregson is now her husband. The hunky military psychologist doesn’t remember the night any more than she does. Nevertheless, he seems in no hurry to end their impulsive betrothal. As she gets to know Drew and his adorable, squirmy nephews, Kylie has to remind herself this is all temporary—and pretend. Or could it be the best mistake she ever made?

Can you order a dad in the mail? Hunter Walker isn’t sure, but he thinks Gunnery Sergeant Matthew Cooper might be the next best thing. The wounded warrior has been his pen pal for months, and now that he’s come to Sugar Falls to recuperate, Hunter is over the moon. His mom? Not so much.

Maxine Walker has been acting weird ever since Cooper showed up. She seems to get mad whenever the veteran is around, which doesn’t make any sense. And now Cooper is acting weird, too. Hunter doesn’t understand why grown-ups always say things are complicated when they’re really simple. His pen pal soldier and his sassy, stubborn mom belong together. But maybe they need just a little push…